Skip to content
Home / Blog / Selling below Cost: Does It Ever Make Sense?
Read Time: 9 minutes

Selling below Cost: Does It Ever Make Sense? 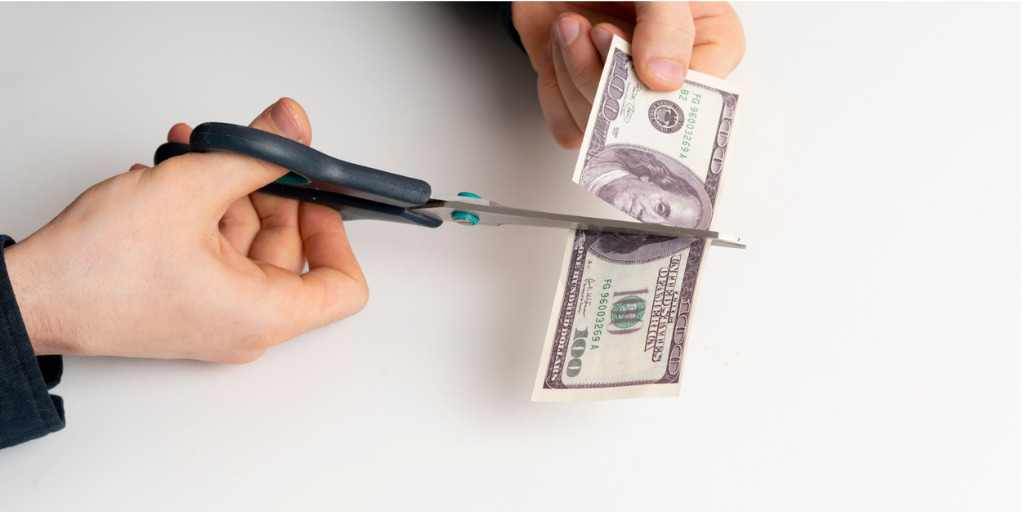 We’ve all seen the headlines proclaiming that part of Amazon’s (and other mega-firms’) dominance can be partially attributed to a counterintuitive “Loss Leadership” strategy.

The idea is to sell products at a loss in order to attract new customers and gain market share. Or as they used to say: “We’ll make it up on volume!”

It makes sense at first glance, and sometimes selling below cost really can be a viable game plan at your company if planned, executed, and controlled so you stay on target.

Unfortunately, selling below cost has become recognized as a trendy pricing strategy, even though the actual objectives meant to make the loss ultimately worthwhile often aren’t given much attention at all during execution.

Selling below Cost is Often an Accident

The insidious situation is, loss leadership is often claimed as the motive after the fact – “Oh, yeah, that.  Uhm, we expected that – but look at the volumes!”  At a minimum, the pervasiveness and acceptance of the trend serve to deaden business sensitivity to an actual pricing mistake. When selling below cost happens, it’s usually an accident, or by a series of coincidental, unrelated actions which lead to a sub-optimal situation – particularly in a B2B setting.

Let’s renounce the notion that selling below cost is a good pricing strategy, in and of itself, that it doesn’t require careful planning and execution, and that it will naturally be beneficial by driving profits for some other products, in some other places, somehow, some way. Instead, let’s shift our attention to identifying pricing mistakes, and figuring out how to address them when they happen.

What to Do When You Find a Below-cost Pricing Mistake:

What’s the best thing to do once you’ve identified a situation where you’re selling below cost? Start by raising the prices. It’s so simple it just might work! Now, of course, this oversimplifies the issue, and the exact dollar amount you deploy will depend on a whole host of factors and situation-specific circumstances.

For example, if you have other items pegged to that original item, you’ll need to factor in the ripple effect that raising the price on that original item will have on the others. Perhaps the original item is part of a “good, better, best” pricing strategy. If you identify a pricing mistake on one of these three options, the others will need to follow suit. Not only will this help maintain cohesion between the three prices, but chances are: If that original item was selling below-cost, the others probably were too.  When digging yourself out of a hole, you often find more work is required.

Moreover, you’ll need to consider how that price change shifts your competitive outlook. Will the rise in price make your offering more expensive than the offering of your near competitors? If so, you’ll need to determine if that’s going to be a red flag for your customers. For some firms and products, it certainly will be.

For others, the product will be differentiated enough from the competition, or the customers will see so much value in the product, that the price change will be a non-issue. It all depends on the customer’s willingness to pay and the product’s price elasticity, but that’s a whole other conversation in the B2B world.

If it’s determined that the price change is going to be an insurmountable issue in the competitive landscape, you still have a few options:

When to Try Your Hand at Loss Leadership

While the topic of loss leadership is often thrown around and glamorized in articles as a one-way ticket to market share, it’s often true that loss leadership was not discussed fully, nor employed in an intentional, well-calculated fashion.

That doesn’t necessarily mean it’s impossible to pull off. If you want to give it a shot, just make sure you’re treading more carefully than the average “loss leader” and consider the following:

Avoid Losses Instead of Finding Excuses for Them

Instead of trying to figure out how to turn losses in your favor, focus on eliminating losses from occurring in the first place. Do you know the exact margins each of your products are operating on? Can you put hand over heart and say: “I know every instance of negative margin transactions, and why”? If not, it may be time to give a modern price management solution a try. After all, there’s no need to be a loss leader if you can jump straight into being a profit leader...