Skip to content
Home / Blog / The 40th Anniversary Of The Most Important Rule In The History Of Apple
Read Time: 3 minutes 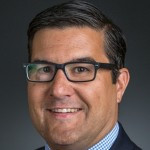 January 1, 2021 marks the 40th anniversary of the implementation of one of the most important rules in the history of Apple.  Apple had just gone public in December of 1980, and was selling the Apple II as a spreadsheet (VisiCalc) and word processing tool to business and had sold less than 500,000 total computers in its five-year corporate history.

Back in the context of the early 1980s, before the advent of the IBM PC (and before Microsoft Word), Apple was competing against IBM’s Selectric Typewriter business with computer-based digital word processing using Apple Writer on the Apple II/III.  That’s when Steve Job’s penned the following memo:

EFFECTIVE IMMEDIATELY!! NO MORE TYPEWRITERS ARE TO BE PURCHASED, LEASED, etc., etc.

Apple is an innovative company. We must believe and lead in all areas. If word processing is so neat, then let’s all use it! Goal: by 1-1-81, NO typewriters at Apple…

We believe the typewriter is obsolete. Let’s prove it inside before we try and convince our customers.

Years before the phrase “eat your own dog food” came to be, the decision made at Apple was to force their own business to fully adopt that which they were selling to their customer.  The “no typewriter” rule of January 1, 1981, was a pretty radical decision at the time, but one that I’m sure was crucial in Apple leading the way by living the way.

Is Vendavo as firm in our convictions as Apple was back in 1981?  Yes!  Here at Vendavo we use our own Vendavo CPQ software to support our commercial pricing and contracting process.

On a daily basis we sell our solutions on the message of “streamline your process and improve your decisions with a connected digital process”, but we do so confidently by living our own words so we can, as the 40-year-old Apple memo puts it, demonstrate our commitment before we “try and convince our customers.”