Revenue is Vanity, Profit is Sanity 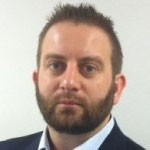 I was talking to someone last week about a commonly top-of-mind problem for most manufacturers: end-of-quarter price discounting. That, plus ruminating on the recent Apple Watch announcement, which I wrote about, is what prompted this blog.

Also read: Have you assessed the health of your organization?

End-of-quarter discounting is a common problem that I’ve seen in lots of companies (including some I worked in, and was responsible for commercial excellence), and it’s a very, very difficult problem to solve. Before you work to solve it, you need to understand how it came to be and then how deploy both a fix and a sustainment methodology. Let’s get into it.

How did revenue become a such a vanity metric? The goal of hitting revenue numbers started so long ago that few people actually remember how it started. The root of it will be one of two things. (Not that it really matters but knowing will help you look out for these things when you’ve stabilized the situation.) The first possibility is an external factor. A buyer — guessing that either the sales rep or the organization would have some kind of period-based performance measurement —  asked for an extra discount to place an incremental order in the fiscal period. The other option is internal pressure, like when a business unit president at risk of not making an order or revenue goal asked the organization to “pull forward” possible orders…and of course the incentive to be provided would be a favorable price or discount.

Whichever it was, the result is that you have exactly the same problem 11 weeks later.

Assisting in this is likely to be well-intentioned but often ill-conceived notions of elasticity or volume effects. Those of us who have been doing this a long time have seen all the arguments, and they never ring true.  But they’re convenient, and they’re wheeled out whenever someone wants to make a case for this kind of thing “we’ll make it up with increasing volume” (which of course is music to the ears of anyone who has fixed cost absorption on their mind).

But now you’re in pain and things have to change.

The plan to resolve this has a number of elements.

First, we need to calculate the cost of the incremental price concessions. It’s a pretty straightforward calculation. At the SKU-customer level, you need the difference between the weighted average of all actuals minus the prices of the “normal” 8 months of the year, extrapolated to 12 months. This is the organizational imperative and the sell to the business unit president who is responsible for the P&L.

One very important step which cannot be skipped without unpleasant consequences is for that P&L owner to go to their bosses and present the proposal. It typically includes something like: “we’re going to miss orders/revenue in one quarter, in order to make X amount of incremental cash by getting off the hamster wheel.”

Second, you need to communicate with stakeholders – both internal and external.

Explain to customers why end-of-quarter discounting is counter-productive behavior on everyone’s part. I’ve been involved in an initiative like this where the customer was originally delighted with the seller’s end-of-quarter discount incentives — they were so attractive that they were ordering substantially more product than they needed only to find out they had serious physical storage capacity issues.

The message should always be the price or discount for 8 months of the year is the appropriate one. A savvy negotiator will attempt to argue that their new, all-year-round price should be the weighted average of all prices. No, no, no, you must argue. Those EOQ deals are extra, and they’re going away.  Perhaps soften the blow with a temporary modest concession.

The selling organization needs to know the tune to march to, but more importantly they need incentives aligned with the organization to get the ship righted, and to keep it that way. A short term SPIF is appropriate here.

Lastly, you’ll need to drive sustainment by creating a standard metric to review the numbers at an appropriate cadence.

The polymaths reading this post will have noticed that, until now, I hadn’t completed the phrase. The full version is of course, “Revenue is vanity, profit is sanity, cash is reality”. And it’s true, of course. But let me remind you that the initial input into the calculation of free cash flow is EBIT.